Depleted inventory is contributing to “overwhelming” traffic at open houses, shifts in strategies for both buyers and sellers, and escalating prices, according to officials with the Northwest Multiple Listing Service.

The latest figures show a drop of nearly 28 percent in the number of active listings in the MLS database compared to a year ago. Members added 6,670 new listings during the month across 23 counties in the MLS service area. That’s down nearly 4.6 percent from twelve months ago. At month end, members reported 12,357 active listings, which compares to 17,082 at the end of January 2015.

Condo inventory (excluding single family homes) fell sharply, from 1,793 active listings a year ago to last month’s total of 1,145 at month end, a plunge of 36 percent. In King County, the inventory of condos dropped 42 percent.

For the area overall, there is just 1.7 months of condo inventory, with Snohomish County reporting the tightest supply (1.1 months) followed by King County (1.2 months).I have a current listing for a one-bedroom condo in Lake Forest Park for $165,000 (see last week's blog). We have already received one offer, and there seems to be quite a bit of interest in it.

The inventory shortage took a toll on last month’s sales. The number of pending sales (mutually accepted offers) fell about 5.3 percent area-wide during January, although half the counties in the report tallied increases compared to a year ago. The 5.3 percent drop marked the first negative change in year-over-year comparisons since April 2014.

Member brokers reported 7,253 pending sales last month, down from 7,658 for the same month a year ago.

A strong fourth quarter in 2015 is reflected in January’s closed sales of single family homes and condos (combined), which rose 11.6 percent from a year ago. Members reported 4,985 completed transactions; a year ago, they tallied 4,467 closings. The year-over-year median price on these sales increased 7.5 percent, rising from $279,000 to $300,000. Ten counties reported double-digit gains.

Single family home prices (excluding condos) jumped 7.6 percent from a year ago for the area overall.

For the four-county Puget Sound region, the median price for a single family home rose 12 percent, from $325,000 a year ago to last month’s figure of $363,975. Snohomish County reported the largest increase at 16.6 percent. A comparison of prices by county shows King County tops the chart with a median sales price of $490,970, up 11.2 percent from a year ago.

And bargains are hard to find in this market... 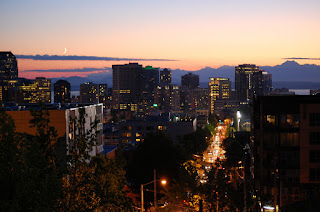 Happy Investing!
Posted by Wendy Ceccherelli at 6:41 AM