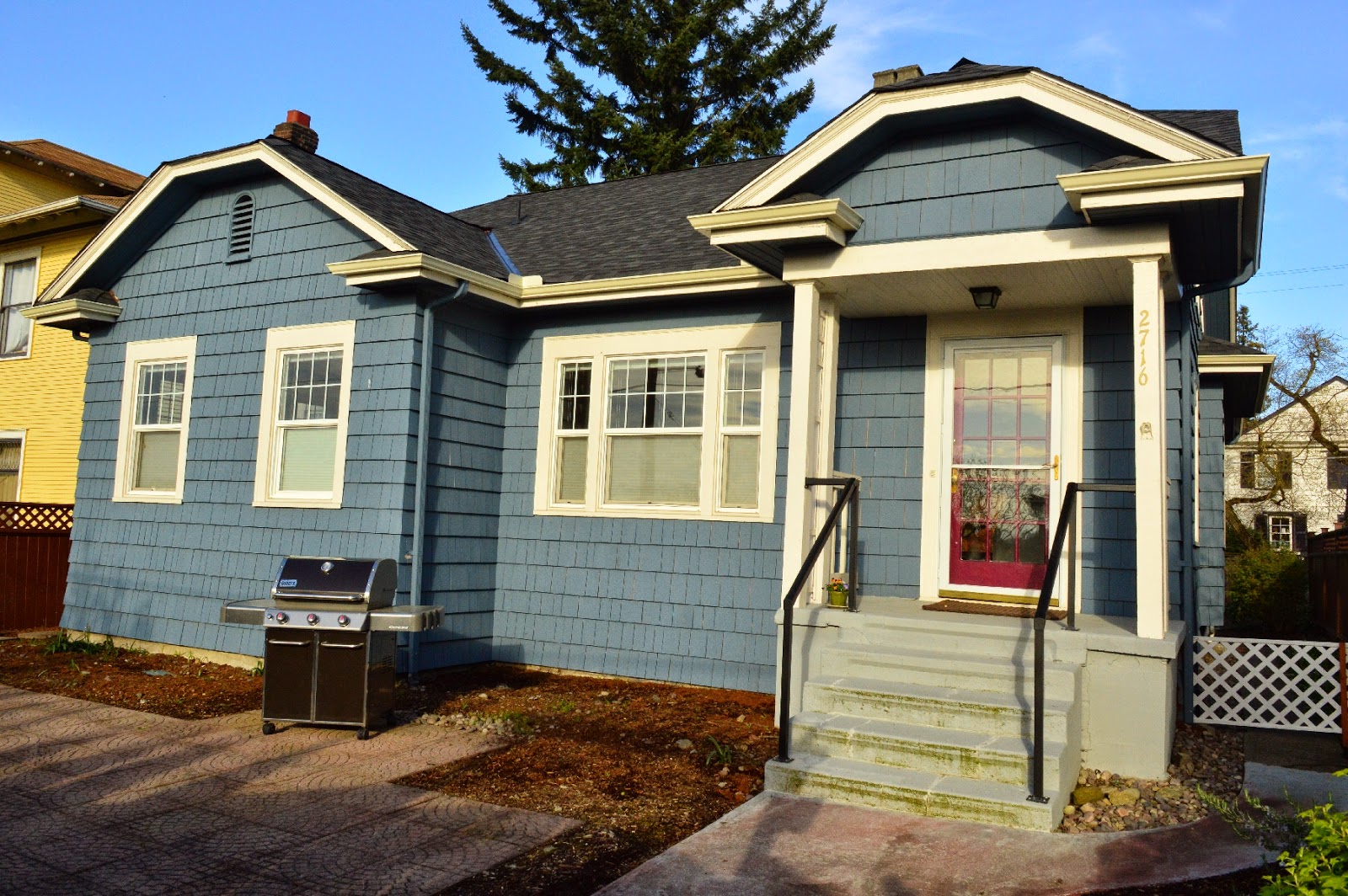 Roanoke Park is a grassy, pleasant 2.2 acre park located on north Capitol Hill in Seattle where 10th Avenue E ends at E Roanoke. Located in the residential area known by the same name, it has fruit trees that burst into color in the spring. It’s an ideal place to enjoy a picnic while kids frolic in the play area. The City originally acquired it in 1908 for hikers and bicyclists headed down the long, winding road to Washington Park and Lake Washington.

The residential area itself, in the 98102 zip code, is one of the city of Seattle’s most desir-
able locations. The Roanoke Park Historic District is bounded by Shelby Street on the north, E Roanoke St to the south, Harvard Ave on the west, and Tenth Ave on the east. It contains 134 buildings, structures and sites of historical significance.

Known historically as the Hall-Sheppard House, this one-story house located at 2716 Harvard Avenue E., was built for Virgil Hall in 1921. Hall was connected with the Craftsman Bungalow Company. By 1925, Eva H. Sheppard owned and lived in the house with her two student daughters. She was the manager of an employment agency for women.

The house is a Colonial Revival with a clipped side-gable composition roof and clipped-gable-
roofed bump-out on the north side of the front facade. Two pillars on each side support the small porch on the south side of the front facade. The porch has a clipped gable roof with neoclassical returns. The exterior was originally shingle and is now clapboard. The original eight-over-one double hung windows in the front bump-out are intact as is the original triple window to the north of the porch. The triple window features a ten-light-over-one center section flanked by narrow four-lights-over-one sections. A hipped-roof bump-out is on the south rear of the house.

The house was extensively remodeled in 2013 and now features five bedrooms, two bath-
rooms and a fully-finished basement level within its 2990 square feet. It has hardwood floors, updated windows, and designer bathrooms and kitchen with stainless steel appliances and granite counters.

For a copy of this listing, please contact HomeLandInvestment@gmail.com

Happy Investing!
Posted by Wendy Ceccherelli at 8:37 AM