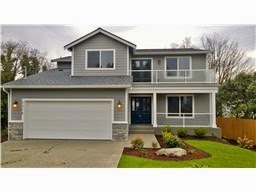 Eight percent of all Seattle home sales in the past 30 days were located in the 98118 zip code of the Rainier Valley.

Two of these properties had four bedrooms, but the average among these sales was for a three-bedroom, two-bath home with approximately 1700sf. Half of these sold for less than $433,000.

One-third of these twelve sales were for newer construction built after 2001. These four sold for a median price of $465,000.

Only one of these twelve had a lot size greater than 7300sf, which is potentially able to be sub-divided. It sold for $455,000 for a 2400sf newly-constructed four-bedroom house in Beacon Hill.

Of the 46 sales in the 98118 zip code in the past 30 days, 23 of these sales were for less than $433,000. Half of all sales sold in less than seven days, although average days on market for all of these sales was 33 days. If priced correctly, it will sell quickly.

For a complete list of properties for sale in the 98118 (Rainier Valley) area of Seattle, contact Wendy Ceccherelli at 888-621-4999 or HomeLandInvestment@gmail.com

Happy Investing!
Posted by Wendy Ceccherelli at 8:42 AM