I am reading another book on financial literacy. Pound Foolish: Exposing the Dark Side of the Personal Finance Industry by journalist Helaine Olen is written as an expose of the financial sector. It is enlightening and entertaining, and clearly meant to provoke. 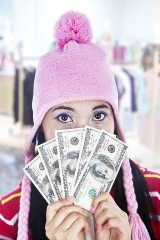 Here are a few of my favorite quotes from the book:

“Not one of our planners ever mentioned the possibility that you could lose a decade’s worth of investment gains in a matter of months. Or that you could be unemployed for a lot longer than the usual recommended six-month emergency fund could cover. Or that interest rates on bonds and other ‘safe’ income-generating investments would plunge into the very low single digits, imperiling the retirements of the elderly….Or that the pension or retiree health benefits you were counting on would not be as secure as you thought, especially if your employer’s name was Chrysler. Or United Airlines….”

“In a poll CNBC conducted in 2010, a stunning 86 percent of people surveyed declared the stock market unfair to small investors, but fair for banks, hedge funds, and professional traders.”

“Income inequality, which had shrunk dramatically in the United States during the period following World War II, began to open up again in the inflationary environment of the 1970s. About 60 percent of the gains in income between 1979 and the 2000s went to the top 1 percent of earners. As for the rest of us: median household income, when adjusted for inflation, fell 7 percent between 1999 and 2010.”

“…the expectation that one would need a home of one’s own is a relatively recent one in American history. Prior to the Great Depression, it was more usual to rent a residence than own it. Mortgages were of short-term duration, usually three to five years. They were viewed, like any other form of debt, as something shameful and embarrassing, which makes complete sense when you realize that many of the would-be homeowners who took them on in the 1920’s…ended up in foreclosure after the crash of 1929, when many banks simply refused to extend the terms by another few years. In an effort to pump up the housing market…Franklin D. Roosevelt’s administration pioneered the thirty-year mortgage. Immediately popular, it got an even bigger publicity boost from the GI Bill of 1944, which offered the nation’s returning war veterans access to subsidized mortgages as a way to thank them for risking their lives. By 1950, for the first time in American history, home ownership rates rose above 50 percent and they’ve stayed there ever since.”

Photo courtesy of freepictures.me
Posted by Wendy Ceccherelli at 4:51 AM