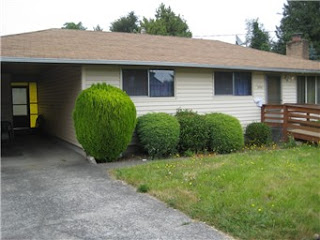 Both Zillow and the National Association of Realtors are announcing housing prices inching upwards in a number of major markets. But what does that mean for buyers in Seattle?

Every housing market is made up of sub-markets. I have been having discussions with my clients about the increase in housing prices in Seattle for some time. Median home price in Seattle in April 2011 was $385,000; in April 2012, the median price was $425,000.

The picture was not quite as rosy for King County, although we are beginning to see the turnaround there as well. Nor is it true for outlying areas beyond Seattle.

But even within the City limits of Seattle, there can be very different realities on housing prices. Let's examine two zipcodes for comparison: 98115 in North Seattle, and 98118 in South Seattle.

So it pays to know your specific market, and the more specific the better. Housing prices are going up in some, but not all Seattle markets.
Posted by Wendy Ceccherelli at 8:38 AM