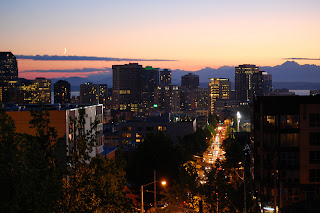 King County, including the city of Seattle, had the fourth-highest population increase in the country from 2015 to 2016, according to data released in late March by the US Census Bureau. The data showed that King County gained about 36,000 more residents between July 1, 2015 and July 1, 2016. Some 15,500 new residents migrated to the area from other countries, while 8,511 moved here from other locations inside the United States.

In addition, there were 25,905 births in King County during the year-long period, which were partially offset by 13,580 deaths. King County's total population at the end of the period was 2,149,970.

The area with the highest population growth anywhere in the nation was Phoenix, and surrounding Maricopa County. Houston, and surrounding Harris County was second highest, with Clark County Nevada - home of Las Vegas- third.

The counties containing Chicago, Detroit, and the independent city of Baltimore were the biggest population losers in the United States during this same period.

It's great to live in a thriving metropolis!