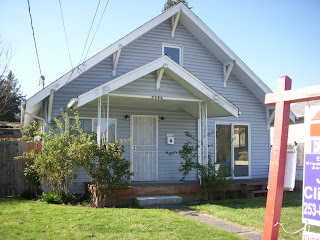 Like many other months of 2016, December was frustrating for buyers across Washington state as they encountered depleted inventory and rising prices. Post-election hikes in interest rates - with more on the horizon -- added to would-be homeowners' worries.

At month end, MLS figures show inventory (10,571 listings) was nearly 15.6 percent below year-ago levels (12,522 listings), with about 90 percent of the selection being single family homes.

Seventeen of the 23 counties in the MLS report had double-digit drops in active listings at the end of last month compared to December 2015.

NWMLS members reported 6,401 pending sales during December, up from 5,970 for the same month a year ago for a year-over-year gain of 7.2 percent.

King County recorded the biggest year-over-year jump in pending sales of single family homes, surging nearly 11.3 percent, well ahead of Kitsap (up 4.5 percent), Pierce (up 4 percent) and Snohomish (up 3.2 percent).

Prices area-wide also continued trending upward, rising nearly 9.2 percent from a year ago. The overall median price for single family homes and condominiums that sold during December was $343,950; a year ago it was $315,000.

Consumers should expect prices to continue edging upward as the pattern of low inventory and increasing prices continues.

Happy Investing!
Posted by Wendy Ceccherelli at 11:41 AM