How will the economy respond to a Trump presidency? How will real estate respond in the coming months? 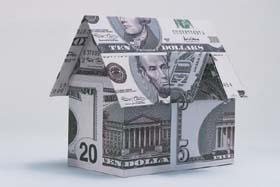 I am not prepared to address this topic immediately, but have some grave concerns.


Income inequality would only be expected to get worse with tax cuts to the rich, and the government deficit would hardly shrink if there is a loss of tax revenue, especially with more spending for infrastructure and defense.

The US government is $19 trillion in debt; private debt is $27 trillion; US corporate debt has gone from $2 trillion in 2008 to $6 trillion today. The debt-to-equity ratio of non-financial firms on the S&P 500 Index is at an all-time high.

If the Fed raises interest rates, the US dollar will strengthen against all other currencies. A stronger dollar makes American goods more expensive overseas. If those sales plunge, US companies will lay off American workers, slowing growth here at home. A change in trade policy under the Trump administration could also send economic shock waves around the globe.

The US stock market is already vulnerable, and an interest-rate hike would be a death knell...Expect stocks to tumble on the news of a Trump presidency, and brace yourself for a bumpy economy for the near future...

Happy Investing!
Posted by Wendy Ceccherelli at 8:00 AM