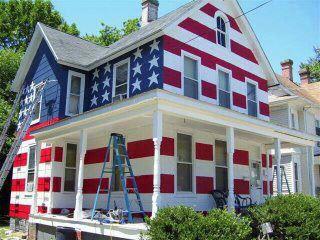 The Crash of 2016 is a book by NY Times best-selling author Thom Hartmann that outlines the economic cycles and history around the rise and fall of the middle class. Former US Presidential candidate Bernie Sanders says, "I hope his thoughtful ideas about what America needs and... where America is headed will wake us up before his prediction comes true."

Lots of eye-opening statistics and historical references that have long-since been forgotten. For example:

In his 1888 State of the Union address, President Grover Cleveland stated,"The gulf between employers and the employed is constantly widening, and classes are rapidly forming, one comprising the very rich and powerful, while in another are found the toiling poor."

Cleveland added, "Corporations, which should be the carefully restrained creatures of the law and the servants of the people, are fast becoming the people's masters."

Shortly after the crash of 1929, when one-in-four Americans were out of work, Franklin Delano Roosevelt was elected President. "The money changers have fled from their high seats in the temple of our civilization," he said in his first Inaugural Address. Now it was time to restore "social values more noble than mere monetary profit."

FDR implemented sweeping social reforms which led to the rise of the middle class and national prosperity. Some of his changes included the Federal Emergency Relief Administration, passing federal money out to the states for jobs and benefits for the unemployed; the Public Works Administration, building major projects such as power plants, water and waste water facilities, schools and hospitals; banking reassurances through the Federal Deposit Insurance Corporation; the Civilian Conservation Corps and the Works Progress Administration which put people to work.

His programs worked. In just four short years, from 1933-1937, the national unemployment rate dropped from over 24 percent to below 13 percent. From 1947 through 1979, all classes of Americans saw their incomes grow together. The middle class flourished.

Milton Friedman had a different perspective on economics. He was hired by General Augusto Pinochet to build a new economy in Chile in 1973. He and his associates would privatize government industries, cut spending, and open up Chilean markets to free trade. "As a result, the Chilean economy collapsed...and this time there was no social safety net to help the people...inflation had reached 341 percent...the price of goods increased by 375 percent...GDP decreased by 15 percent...Chile acquired a $280 million trade deficit. And to top everything off,[unemployment] skyrocketed from 3 percent...before Friedman...to more than 10 percent...after Friedman left."

Milton Friedman was later to become an economic advisor to President Ronald Reagan. The first major piece of legislation by Ronald Reagan slashed the top income tax rate from 79 to 50 percent - and the Reagan succeeded in dropping it to 28 percent a few years later - where it had not been since before the Great Depression. "It was the second largest tax cut in history. And it was nearly identical to the largest tax cut ever...the one that created the bubble known as the Roaring Twenties, which eventually burst in 1929."

Why were tax cuts to the rich so counterproductive to the American economy?

After 1979, "the middle 20 percent of Americans saw their income grow only 11 percent [compared to 111 percent in thirty years prior]...The poorest 20 percent of Americans, meanwhile, saw their incomes decrease by 7 percent [compared to a 118 percent increase in the thirty years prior]...Meanwhile, the top 1 percent have seen their incomes increase 275 percent...Today, workers wages as a percentage of GDP are at an all-time low. Yet corporate profts...are at an all-time high."

"...just 400 Americans own more wealth than 150 million other Americans combined." And the middle class is disappearing.

In his first Inaugural Address in 1981, Ronald Reagan warned of a growing mountain of debt. "For decades, we have piled deficit upon deficit, mortgaging our future and our children's future for the temporary convenience of the present...To continue this long trend is to guarantee tremendous social, cultural, political and economic upheavals."

"Since Reagan, Republican presidents have combined to add nearly $10 trillion to our national debt...yet each [promised] to lower deficits and reduce the national debt."

Poverty rates have increased as a result of welfare reform, and the middle class is disappearing, as income inequality grows.

Our US history is full of boom and bust economic cycles, often followed by war. And the same forces that have led to economic ruin in the past are with us again, thanks to the "Great Forgetting" that occurs when previous generations die out and memories of economic ruin are forgotten.

This is the cheery beginning of the book...there are recommendations on what we must do to end this cycle --wait for a future blog to find out.

Posted by Wendy Ceccherelli at 8:35 AM