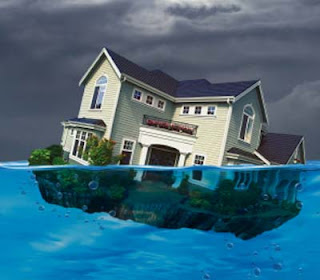 Dear Friends and Colleagues:
[September 26], Mayor Ed Murray delivered his 2017-18 Proposed Budget to the City Council, and it should be no surprise that affordable housing continues to be a priority. Thanks to the overwhelming support of the voters for the 2016 Seattle Housing Levy (over 70%!), the City will now have almost $83 million available for affordable housing investments over the next two years. Add in payments from the Incentive Zoning and Mandatory Housing Affordability programs (estimated at $50 million in 2017-18), and other funds, and the next several years are setting the bar at a new level for local investments to help meet the growing need for affordable housing.
For the next two years, here’s how these funds will be invested:
• $110 million for the production and preservation of affordable housing ($69.4 million from the 2016 Levy)
• $3.3 million for homelessness prevention and housing stability services (2016 Levy)
• $2.7 million to assist low-income homeowners and home buyers (2016 Levy)
This last year has been a hallmark for ensuring Seattle is an equitable and affordable community. In addition to the success of the Housing Levy, we have seen the expansion of the Multifamily Tax Exemption Program, passage of the Mandatory Housing Affordability program, and protections for tenants. Mayor Murray and the staff at OH will continue to work hard on many issues in the Housing Affordability and Livability Agenda during the next two years. We look forward to engaging with you in our common efforts.
Please let Councilmembers know that you support the Mayor’s investments in affordable housing by emailing the Council using the Council website or attending one of the two Council budget hearings scheduled for the following dates:
* October 5, 2016 @ 5:30pm, Seattle City Hall in Council Chambers; and
* October 18, 2016 @ 5:30pm, Seattle City Hall in Council Chambers.
Many thanks to you for your continued support of and involvement with OH, and to Mayor Murray for including these proposals as part of his 2017-18 Proposed Budget.
Sincerely,
Steve Walker, Director
Seattle Office of Housing
Happy Investing!
Posted by Wendy Ceccherelli at 10:08 AM