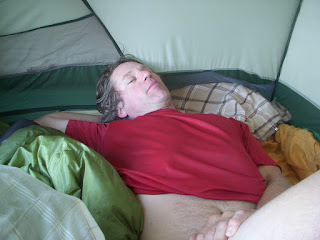 Last weekend Allie, Jack and I were at Greenlake when Kiro7 pulled up and asked to interview us on the subject of homelessness.  Long story short, according to the news crew there’s a bill being put to a vote at the Seattle City Council for whether or not we should allow homeless people to camp in “Safe Places”.  I’m all for keeping the homeless safe, but the “Safe Places” they were voting whether or not to allow homeless encampments were parks like Greenlake (which is where we were at the time we were asked to interview), Gasworks and other city parks.  This has got to stop.

Seattle is becoming one of the most prosperous cities in America.  However, as our incomes and housing prices rise, so does our homeless population.  What’s the deal with that?  The 2016 One Night Count of Homeless in the Seattle and King County area (coordinated by Seattle/King County Coalition on Homelessness - SKCCH) tabulated just over 4,500 people sleeping on the streets in Seattle.  That’s a 63.28% RISE since the bottom of the Great Recession in 2010.  Are you kidding me right now?  There were less homeless during the Great Recession than there are now?  While Seattle as a city has outpaced much of the country in economic recovery, we’ve also increased the number of people sleeping on the street by over 60%.  This is so absurd to me that I can barely even organize my thoughts right now.  All I know is that I love our city – I love the culture, I love the relative safety, I love the beauty, and I love our growing economy  ß all things that will be negatively impacted if our resolution to homelessness is to expand their camping boundaries and allow them to camp in our parks.   In the end, I want everyone to know that I support helping the homeless find safe shelter and homes (but not more campsites).  They’ve had a rough go, and helping them doesn’t only change their lives, but all of our lives.

Please Note:  As of last Thursday, the city is heading in a new direction to resolve the issue of homelessness.  We’ll see how it goes, but I’m at least relatively content knowing they’re trying.

The One Night Count from 2010 through 2016 for those living without shelter are as follows: