The Best Places to Look 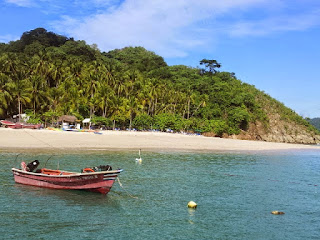 So how does one go about identifying places to build your “dirt bank”? I’ve done some research on various countries based on the variables I identified, and compiled it in the table below. I selected the countries based on their overall fit with my variables, as well as the existence of robust and open property markets that are known to appeal to foreigners.

See larger image
Except for Malta, they’re all in the Western Hemisphere. The reason for that is largely by default: Europe is too tax-heavy, Asia is generally unfriendly to foreign property ownership, and Africa, with some possible exceptions such as South Africa and Kenya, isn’t stable enough.

The tables don’t include an estimate of each country’s property value appreciation prospects, since these vary widely by region and type of property, and are unpredictable for many countries. Nevertheless, you’ll notice one thing most of these countries have in common: They’re small — several are islands — so land is in relatively short supply. That generally means values will go up.

What if you don’t want to hold foreign real estate in your name? What if you prefer the privacy, security and protection of a corporation?

Under some circumstances, even if you purchase foreign real estate via a corporation, trust or other structure, you might not need to report your interest in it on IRS Form 8938. That’s because Form 8938 applies to those with “significant” assets outside of the United States. You don’t need to file Form 8938 if:
Being “resident” abroad is based on a combination of factors, but essentially it means that your home, business and income are all in non-U.S. locations, so if you maintain a home or business in the U.S., but live largely abroad, you’ll need to act as if you were a U.S. resident, because legally that's what you are.

The upshot is that you might be able to hold non-reportable foreign property worth up to $100,000 in a single corporation trust, or other vehicle if you are a U.S. resident, and up to $400,000 if you’re resident abroad. That means you could possibly even participate in a property syndicate, as I explained when discussing Uruguay.

As I’ve stressed, building a “dirt bank” isn’t the same thing as buying property to live in overseas. Nor is it the same as investing for profit. The goal is to protect a portion of your wealth by converting it into a form that you’re not obliged to tell the government about.

As the risks of government wealth confiscation grow, hedging investments like this are becoming more and more important. Don’t just say to yourself, “That would be a nice thing to do. Maybe someday…”

Consider doing it now before it’s too late.

Today's blog courtesy of  Ted Bauman
Editor, The Bauman Letter and Plan B Club
Posted by Wendy Ceccherelli at 9:31 AM