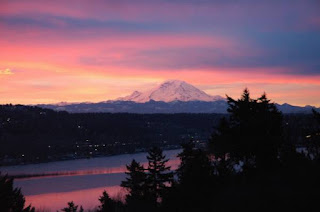 Several news items in yesterday's Sunday Seattle Times about the housing market. The front page headline "Bidding Wars" describes the frenzied real estate market that I have blogged about here on several occasions. It turns out that the Seattle metro area is now the country's leader in the rate of bidding wars on home purchases, outside of the San Francisco bay area.

In fact, about 75% of all listed homes receive multiple bids here, and 56% sell for more than the asking price. This is double the national average, and up from 26% in Seattle from four years prior. Some desirable Seattle neighborhoods, such as Fremont, Phinney Ridge, Wedgwood, West Seattle and the University District have bidding wars on 90% of homes sold this year.

In the same front section of the paper, the Seattle Times reported on aggressive measures in Honolulu and other American cities to displace the homeless from their downtown tourist centers.

In the Business section of the paper, one popular column on real estate gave strategies that millennials have used to pay down student debt in order to purchase homes.

Another article reported on the Seattle City Council plan to scrutinize Airbnb, imposing limits on the number of nights that may be rented out and requiring more reporting to the City. The City's stated objective is to free up more long-term rentals at a time when demand for housing in Seattle is high. (See my previous blog last week on this topic).

Stay tuned to this blog for more updates on news affecting the local real estate market.

Posted by Wendy Ceccherelli at 8:15 AM