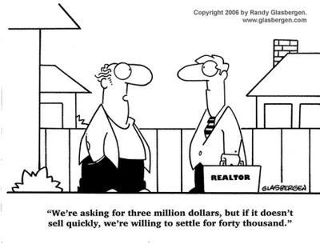 In the May 2016 issue of Esquire, author Ken Kurson states, "I believe that everything is going to shit."

The article is entitled "The End of the World: There's a storm coming. Batten down your money."

He has two major reasons for concern: 1) the Chinese economy, and 2) the global fall of oil prices.

He believes that China's economic figures were officially exaggerated. Swiss hedge fund owner/manager Felix Zulauf agrees that the situation in China is as worrisome as the 2007 US housing market. He is predicting a 15-30% decline in Chinese currency that will lead to a global recession.

The oil crisis impacts major oil countries, indeed, but keep in mind that in 2014, the US surpassed Saudi Arabia as the world's leading producer of oil. According to Kurson, the real crisis with oil prices declining is "the worldwide bank panic that is already slowly setting in as those who gave money to exploration projects start to realize they're never going to recoup their investments.

There are other indicators of economic decline. According to Bill Priest, CEO of Epoch Investment Partners, 56% of the S&P 500's 72% gain from 2012-2015 came from investors with more dollars to spend on price/earnings, due to the inflation from "quantitative easing" strategies of central banks. Fewer people are trading, more are trading on margins, and they are trading at a higher P/E ratio (the number of years it will take for a stock's earnings to pay back its price).

Formerly profitable companies like Apple are reporting declines in revenues. Bankruptcy filings in the retail sector are up, including A&P, Hancock Fabrics, and American Apparel, with others like Staples, Walmart, Sears, and Kmart closing stores. Default are also up in subprime auto loans.

Homeownership is at its lowest level since 1965. Yet prices are climbing back up, due to large volume purchases by buyers like Blackstone private hedge fund. Prices have not collapsed because interest rates are at an all-time low. What happens when interest rates get back to the normal 6-8% range? If rates went up to 7.5%, prices would have to drop 32% to maintain the same monthly payment.

James Dale Davidson warns that the 32% of the American population that are baby boomers will start retiring, and the spending and investing that generated income for the government will reverse, as boomers stop spending, start saving, and start collecting retirement funds from the government. This will have a big impact on government revenues, as boomers control 77% of the net worth in the country.

Kurson concludes, "With the second-largest economy in the world committed to artificially propping up an unstable currency while the most important commodity in the world experiences total collapse, things will get worse. And they might stay worse for a while..."

What do you think, dear Reader?

Happy Investing?
Posted by Wendy Ceccherelli at 6:34 AM