Should You Buy Near an Airport? 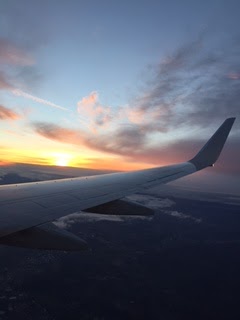 "Airports will shape business location and urban development in the 21st century as much as highways did in the 20th century, railroads in the 19th and seaports in the 18th
--Dr. John D. Kasarda

Dr. Kasarda defined the term "aerotropolis" and works with airports, cities, and countries worldwide to leverage airports and aviation for commercial development and economic growth. For more information on this philosophy, see www.aerotropolis.com


I recently flew through Malaysia’s Kuala Lumpur International Airport (KLIA), which opened in 1998 about 60 km. (37 miles) from the capital city center.

KLIA Aeropolis is being developed on 6,750 acres of land around the airport. The goal, according to Tan Sri Bashir Ahmad, managing director of Malaysia Airports, is to make KLIA much more than a key air transport hub for Malaysia and Southeast Asia... “Today,” he noted, “Malaysia Airports is afforded the responsibility to ensure that this highly lucrative location is optimized to maximize Malaysia’s unique position as a regional if not global leader of a leading shopping destination; a Muslim-friendly tourism destination, and thus by extension potentially the most family-friendly tourism destination; and a leading logistics hub and business hub.”

Malaysia Airports’ plans are bigger than KLIA Aeropolis. It aspires to be “the global leader in creating airport cities,” so KLIA Aeropolis will be an important yardstick of success. It manages 39 airports in Malaysia and also operates in India and Turkey. Malaysia Airports is a private-sector airport operator with the status of government-linked company on Malaysia’s stock market and a market cap of $3.3 billion at the end of March.

But should you buy a house near an airport?

When your realtor shows you a house near an airport, the first impression could leave you feeling either sky-high or ready to take flight. Some prospective buyers find the travel perks of living close to an airport an advantage, while others would rather avoid being under a flight path.

Read more about the issues of locating near an airport here.