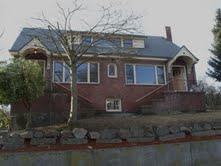 Sunday’s Seattle Times reported on the issues surrounding rising rents I the greater Seattle housing market.  According to market research firm Dupre + Scott, September’s average rent in the city of Seattle increased 10.3 percent from a year ago to $1495/month.

Ballard led all Seattle neighborhoods with a 21 percent annual increase to $1550/month for a one-bedroom, one-bath unit. Much of these increases are due to new construction of units with greater amenities.

Yet even older apartments built prior to 2011 saw rents up by 7.8 percent, four times higher than the overall inflation rate. Residents in apartment complexes with more than 20 units can expect to see rents increase another 4 percent by March 2015, according to Dupre + Scott.

Bellevue’s asking rents of $1665 are the highest in the metro area, a 6.9 percent annual increase over last year.

Seattle is attracting a number of institutional buyers from outside our region, as the city is considered one of the country’s top markets for multifamily investment.

The Seattle Times article focused on the city’s dilemma in providing affordable housing, but did not address the likely impacts of the City’s new rental inspection requirement, being put in place this year. In addition, City Council is considering a (short-sighted) proposal to require all developers to pay a fee towards the development of affordable housing. Time will tell how that will play out in increasing or decreasing the city’s supply of affordable rental units. Stay tuned.