Another great read on finance and economics is Frederick Taylor’s, The Downfall of Money, about Germany’s period of hyperinflation after losing World War I. It is not a pretty picture, as it documents the misery of the German commoner, the destruction of the middle class, and the struggle to survive with inflation eroding the value of Germany’s fiat currency. 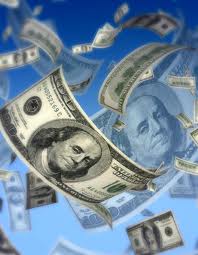 Most telling is who Taylor identifies as profiting from Germany’s hyperInflation between WWI and WWII:
“Creditors lost almost everything. By contrast, everyone, broadly speaking, who owed money, had their debt liquidated by inflation. And there were the profiteers and speculators, obviously. People who worked in banks….Investors in stocks and shares – unlike fixed investments, these increased in price along with inflation and over the years in many cases provided an excellent return. Farmers, who could pay off their mortgages and other debts….and who could charge high prices [on the black market] for their produce. And the industrialists …who could borrow money…at low interest and pay it back in depreciated marks. They could also sell in export markets and use the foreign exchange from the sales to buy businesses, properties and other material assists inside Germany….”

There was no safe haven in paper money, annuities, insurance, or rent-controlled real estate. Germany finally climbed out of its inflation by replacing its currency with a new monetary system linked to gold, and with the forgiveness of its remaining debts by other world powers. While Germany’s situation was specific, it was not unique in world history, and perhaps we can learn from their chapter in planning for our own future security.
Me, I still have faith in income-producing real estate, but think I will continue to add a bit of gold to my portfolio, and learn to grow more of my own food….

Happy Investing!
Posted by Wendy Ceccherelli at 9:27 AM