Washington state is one of the best places in the nation in which to invest! 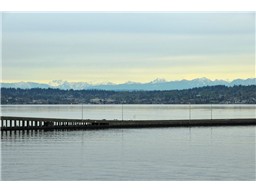 The Organization for Economic Co-Operation and Development has released a ranking of the world's 15 most inventive cities.  Seattle was ranked 13th. The list compiled was based on the total number of patent applications for every 10,000 residents in a metropolitan area.  The concentration of these most inventive cities are mostly in Northern Europe, and the United States.

In addition, the website Free Enterprise recently put together an interactive "Enterprising States Dashboard," a map that profiles each State of the U.S. in 30 economic measures. Washington was ranked quite highly in a number of these economic measures, including 6th overall in economic performance, short- and long-term job growth rankings that were both in the top ten, and 6th in exports. Washington also ranked 7th in innovation and entrepreneurship, and the State business climate was ranked 11th-best in the Nation.

For more information go to http://www.freeenterprise.com/enterprisingstates/#map/all/WA/

Posted by Wendy Ceccherelli at 11:13 AM