This link was sent to me by my financial adviser David Donhoff, and I am happy to pass it along. If you are looking for rental income, then NOW might be the best time to jump into the Seattle market. 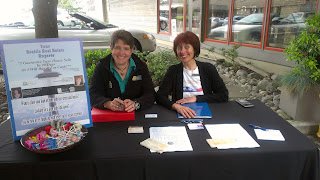 There’s a huge influx of people relocating for corporate jobs at places like Amazon, Microsoft, Nordstrom and Starbucks and looking for a place to live, according to Seattle Rental Group.

“As the inventory is shrinking a lot of the private rentals owners are choosing to actually sell instead of continuing to lease out the property. So that’s also taking away from the inventory too,” said Ashley Hayes, with Seattle Rental Group.

According to Mike Scott of Dupre + Scott Apartment Advisors Inc., the average rent for a one bedroom apartment in Seattle is $1,223 this Spring. Plus, rental rates are higher compared to last year. Rates are going for $2.50 to $3 a square foot around Seattle for a one bedroom, one bath, nice view and building. Last year, the rental rate was in the low $2.00 range, according to Hayes.

The trend is your friend…. do *NOT* miss out on the trend!
Posted by Wendy Ceccherelli at 11:03 AM