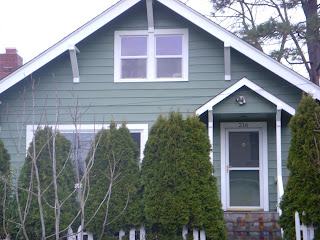 KIRKLAND, Wash. (Feb. 3, 2011) – Dramatic increases in open house activity and shrinking inventory are fueling optimism among members of the Northwest Multiple Listing Service. Many believe that the bottom of the local housing market has been reached.

Year-over-year pending sales were down somewhat, the volume of new listings declined more than 23 percent, sales prices continued to slip, but the number of closed sales increased slightly across the 21 counties in the Northwest MLS service area.
Last month’s pending sales lagged totals for the same month a year ago, but only by 186 units system-wide, a decline of about 3.3 percent.

Closed sales rose a modest 2.1 percent from a year ago, increasing from 3,142 transactions to 3,207 sales. Prices on those completed sales were down about 6.3 percent. The overall median price for last month’s closed sales of single family homes and condominiums was $243,500, which compares to the year-ago selling price of $259,903. For single family homes (excluding condominiums) the median selling price was $250,000, down about 5 percent from a year ago; for condos, last month’s sales had a median price of $200,000, down 16.7 percent from twelve months ago.

Figures from the National Association of Realtors® show distressed homes rose to 36 percent of sales of existing homes in December, up from 33 percent in November and 32 percent a year ago. Such homes are typically discounted by 10 to 15 percent, according to NAR research.

Northwest Multiple Listing Service, owned by its member brokers, is the largest full-service MLS in the Northwest. Its membership includes more than 24,000 brokers and agents. The organization, based in Kirkland, currently serves 21 counties in Western and Central Washington.

For more information on this report, contact the Northwest Multiple Listing Service.
Posted by Wendy Ceccherelli at 12:08 PM