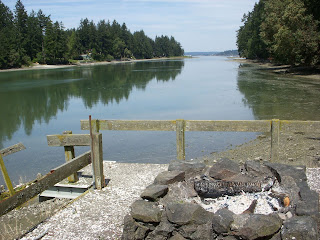 Affordable Waterfront in Kitsap County
Kitsap County has over 300 miles of shoreline, allegedly more than any other county in the country! While I have not been able to verify this claim, there is an abundance of opportunity for the budget-constrained homebuyer to find some great deals and great variety on waterfront property here, within an hour’s proximity of downtown Seattle by ferry.
There are currently 37 listings on the Northwest Multiple Listing Service of waterfront properties under $400,000 in Kitsap County. These are properties on a lake or saltwater frontage, not including those on rivers or creeks. In the last six months, 20 similarly-priced waterfront properties were sold. The waterfront properties under $400,000 that sold in the last six months averaged three bedrooms, two bathrooms, 2200 square feet and sold for a median price of $325,000 or roughly $165/square foot. The average size of the current listings is two bedrooms, one-and-3/4 baths, 1200 square feet, and an average list price of $308,000. This is a significant difference in size, for not much difference in price—which means that the inventory will be slow to move. Simple math would indicate that there is at least a year’s worth of inventory on waterfront in Kitsap priced under $400,000.
At the same time, four years worth of NWMLS data indicates that the median price of waterfront housing in Kitsap is $600,000 – meaning that half the sales were for more, and half for less than $600,000. All that inventory under $400,000 represents a huge bargain and opportunity for today’s waterfront homebuyers.
In fact, Money magazine has recently named the Bremerton-Silverdale area as the NUMBER ONE place in the entire country in which to invest in the housing market! Come check it out, and see what Kitsap County has to offer, while the housing deals are still HOT!
Posted by Wendy Ceccherelli at 2:31 PM